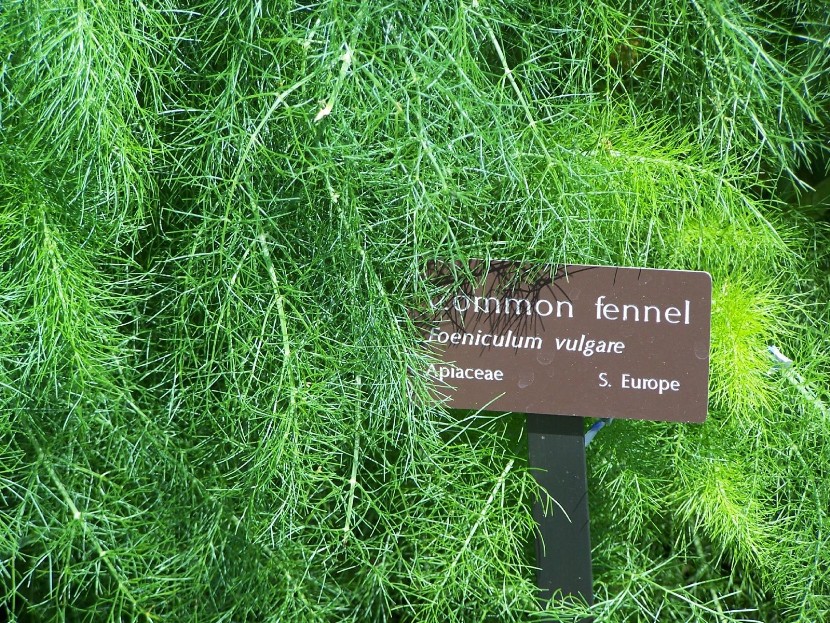 Common Fennel - Foeniculum vulgare
Fennel is a cosmopolitan herb belonging to the carrot family and part of a huge genus called Apiaceae, which grows happily in most countries, often along verges and in wasteland. It is a large delicate looking plant growing to about 1m in height, having feathery leaves and tiny pale yellow flowers. Being a herbaceous perennial, it dies back to the ground for the winter.
Fennel as food
The leaves (or fronds) and “bulb” (the fleshy leaf-bases) which is seen in the cultivar Florence Fennel (F.vulgare var. azoricum) are used frequently in cooking, braised, sauted or roasted, often accompanying fish such as turbot and sole, and as a strong flavouring for soups, sometimes in place of celery (a relative). Its aniseed flavour comes from the same aromatic compound found in anise. Florence fennel is a key ingredient of absinthe.
In Northern India the seeds (saunf) are used in mild vegetable curries and are prized for their ayurvedic properties, often being chewed at the end of a meal.
Fennel as medicine
The earliest known record of the value of fennel as medicine dates back to the 10th century, but not until the great herbalist and doctor, John Gerard, wrote it all down in 1598, was this set out. He said of fennel that it has three special medicinal uses centred on the eyes, the kidneys, lactation and dropsy:
• the powdered seed, taken with warm water for a few days whilst fasting, clears cloudy vision
• the green leaves (fronds), eaten or drunk as a tisane (herbal tea), fill women’s breasts with milk
• an oral decoction (a boiled reduction of the ‘tea’) eases kidney pains, prevents kidney stones and provokes urine production
• the roots once boiled in wine and drunk, are a remedy against dropsy (water retention or oedema)
In herbalism, as in ayurvedic medicine, fennel has a multitude of applications added to the ones Gerard had observed. Here the seeds are used to treat bronchitis and asthma, snake bites, heat stroke, and as an oil, massaged into painful muscles. 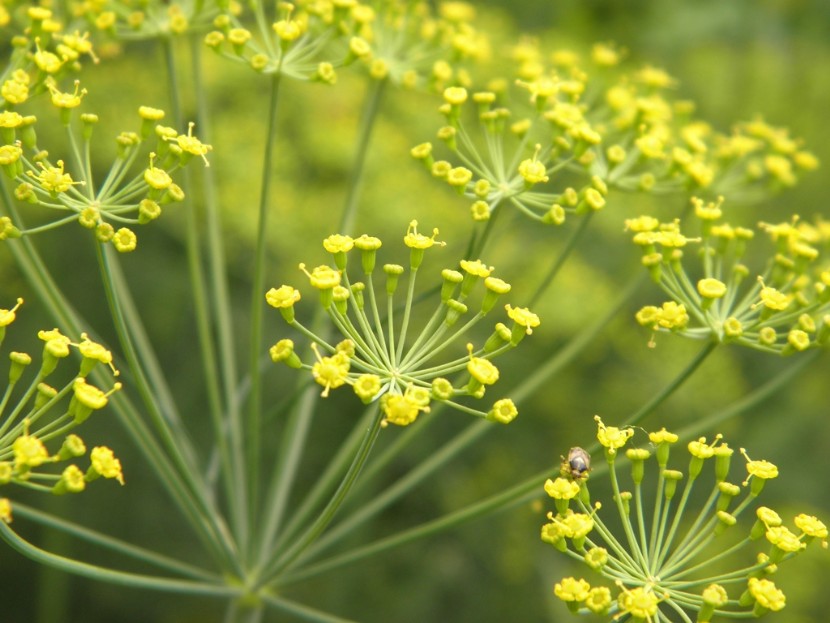 Fennel Flower
Properties of fennel
Fennel has proven nutritional value, containing protein, B vitamins and useful minerals – calcium, iron, magnesium and manganese.
Notes on the cultivation of fennel
Start seeds off in a seed tray in a warm spot and keep moist. Prick out the small plants and provide plenty of moisture throughout the growing season, keep weed free and mulch to conserve moisture. For Florence fennel earth up (mound soil) around the bulbs as they start to swell, from mid-summer until mid autumn, until the bulb is mature and about 7-10cm (3-4in across). This blanches the bulbs and will protect against autumn frosts. Feed with high potassium fertiliser every two weeks once established. The largest bulbs are formed in warm, sunny, moist summers. Florence fennel is not currently grown in the Physic Garden but there are plans to introduce it in the new vegetable patch.
×
Back to content